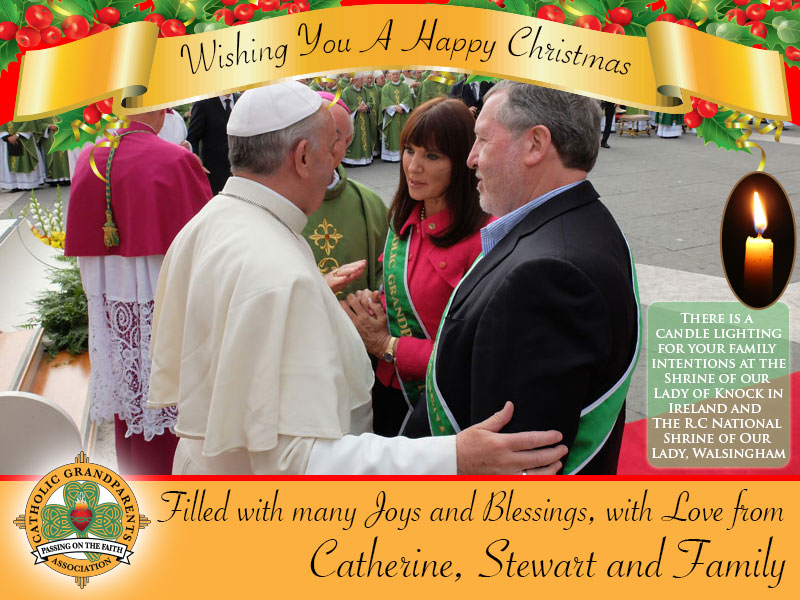 (Vatican Radio) Pope Francis on Monday encouraged young Catholics to cultivate their relationships with their grandparents.

Addressing  a group of young people who belong to an Italian Catholic lay association called ‘Azione Cattolica Italiana’, the Pope spoke of the joy that derives from the coming of Jesus, and said that joy is increased and multiplied when we share it.

He invited the young people to receive the joy of Advent as they would receive a gift and to bear witness to it in their families, schools, parishes and in all places.

The Pope especially invited them to share it with their grandparents – and with elderly people in general – and he encouraged them to listen to the aged whom, he said, “have the wisdom of life”.

“I would like to give you a task: speak to your grandparents,(…) ask them questions, they have the memory of history, the experience of living, and this is a great gift for you that will help you in your life journey” he said.

And Francis also pointed out the grandparents themselves need “to listen to you, understand your aspirations and your hopes”

“This is your task: speak to your grandparents, listen to them” he said.

The Pope also thanked those present for their commitment for peace and remarked on a ‘solidarity’  initiative they are carrying forward in favour of young people who live in a degraded area of Naples.

“May the Lord bless this project that does good” he said.

‘Azione Cattolica Italiana’ was established in Italy by Pope Pius X  in 1905 as a non-political lay organization under the direct control of bishops.