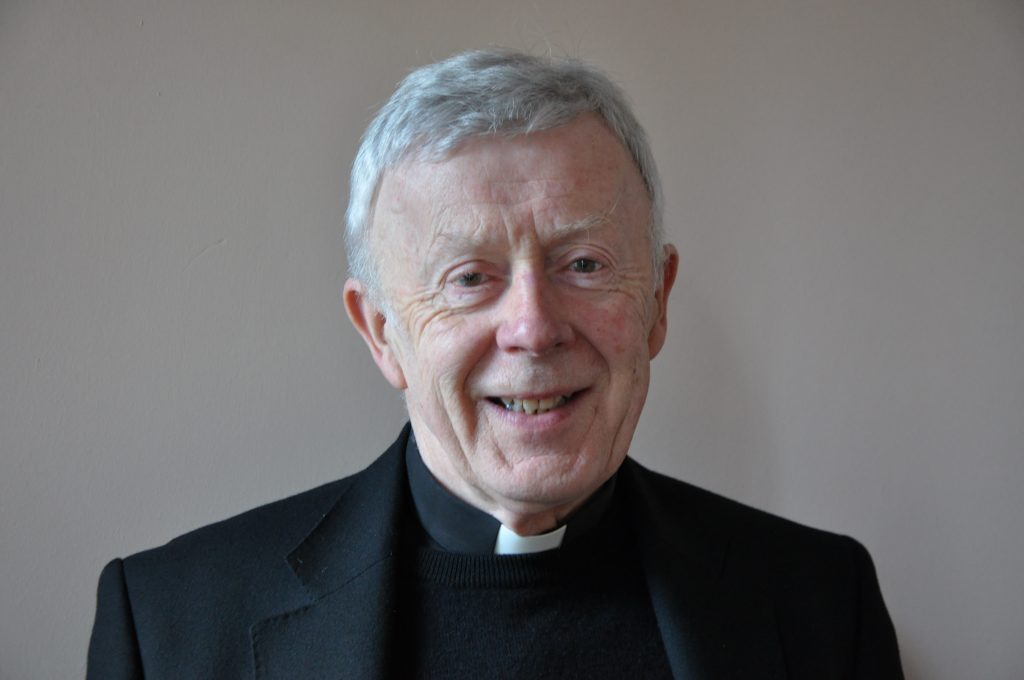 In his homily for the National Grandparents’ Pilgrimage to Knock Shrine, which also marked the first World Day for Grandparents and the Elderly, Archbishop Michael Neary of Tuam said the elderly can be wonderful role models for the young as their attitude to God, Jesus, Our Lady and religious values are extremely formative.

The Mass was celebrated at 3.00pm in the Basilica at Knock Shrine. Archbishop Neary was joined by Bishop Denis Nulty, Bishop of Kildare and Leighlin and chair of the Bishops’ Council for Marriage and the Family for the Mass.

You can read the Archbishop’s homily below:

I extend a very warm welcome to all of you as we celebrate the first day for grandparents and the elderly which has been designated by Pope Francis.

The bond of love and opening new vistas on life

We know from our own experience the close relationship between grandparents and their grandchildren is of mutual benefit.  On the one hand grandchildren sense the bond of love, acceptance, patience and support of grandparents.  They sense protection, realising that grandparents have a special capacity to be always available.  This contributes to the child’s emotional stability and maturity and provides a sense of identity.  On the other hand, being a grandparent opens up new vistas on life.  The focus is taken off ourselves as getting older and we experience a new energy as we enjoy the reactions of grandchildren which remind us of our own experience of that particular time in our lives.  An old Greek writer from Athens called Solon speaks of the importance of “growing old gracefully by learning something new every day.”

Deep and rich reservoirs of wisdom

Grandparents and the elderly have such a rich and rich reservoir of wisdom which can and needs to be shared.  They are in an ideal situation to provide a sense of family history and in many ways can transport grandchildren back over the years by relating stories of times past, of family traditions, sharing and commenting on old photographs, enabling them to feel welcome, loved, safe and secure.  Grandparents engender a strong sense of belonging in their grandchildren, providing a safe harbour for them which is very important in the changing and challenging culture in which we live today.  The elderly can have a wonderful influence as they encourage the young, thereby building up their confidence and enabling them to recognise and utilise their God given gifts.

The value of lived experience and the broader view

We are living in an age when there tends to be rugged individualism in society.  Very often this leads to an emphasis on competition rather than co-operation.  Sometimes associated with competition there can be selfishness which clouds our vision.  Grandparents and the elderly have that broader view.  They have lived through life and they see the bigger picture.  Having coped with disappointments, they recognise that there is room for everyone and that setbacks in life can open other doors which enable people to make a more significant contribution to society.  They have that ability to take things in their stride.  This is something which the young need to learn.  There is the temptation when things go wrong for younger people that they become frustrated, angry and perhaps cynical.  The value of someone who can help the young person to broaden their horizon and approach challenges from another angle is hugely important.

Role models for the young

Play is very significant in the formative years of grandchildren.  Later they will be able to look back and see the way in which grandparents entered into this role and enjoyed it with them, being able to laugh and make the most of the fun.  In so many ways, perhaps without being conscious of it, the elderly can be wonderful role models for the young.  Their attitude with regard to God, Jesus, Our Lady and religious values are extremely formative.  The young person senses the importance these areas have for older people.  In this way values like compassion, kindness, gentleness, love and patience will be communicated through introducing them to the most authentic of Role Models, Jesus and Our Lady.  Walking through the garden, spending time and focusing on the beauty of nature inevitably encourages the young to think, reflect and acknowledge the God behind it all.  Pope Francis in his message for the World Day of Grandparents and the Elderly states: “not only are our young people called to be present in the lives of older people, but so too grandparents have a mission to encourage the young on their faith journey”.

It is interesting to compare and contrast the simplicity of society in the past with some of the complicated arrangements that we have today.  While there have been wonderful improvements, it has not always been steady progress.  The pandemic through which we are living has made us aware of things that we have taken for granted.  We have become more conscious of the speed of society and the busyness of our world.  Yet during the pandemic we had to move over from the fast lane and in many ways found ourselves in a lay-by.  While this was very inconvenient and brought huge sacrifices to so many people, on the positive side there was also the recognition that we were beginning to question some of the priorities which had been taken for granted.  We recognise our dependence on God and on others.  We missed the things that we had taken for granted, visiting, travel, holidays, sporting activities.  In a very special way, we missed being able to gather for Mass and for public worship. The sacraments of First Holy Communion, Confirmation and Weddings which tended to be great family occasions were being postponed.

Pope Francis in his message for the first World Day of Grandparents and the Elderly stated that there is an urgent need to build up fraternity and social friendships for the world of tomorrow.  He speaks of three pillars of the new edifice – dreams, memory and prayer.  Quoting the prophet Joel, he stated: “your old men shall dream dreams and your young men will have visions” (Joel 3:1).  The young he claims can take the dreams of the elderly and ensure that they come true.  It is important, the Holy Father states, that we dream of justice, of peace, of solidarity so that younger people can have new visions and build a better future.

There is a close link between dreams and memory.  Keeping memory alive can encourage us to build a more human and welcoming world.  Linked to dreams and memory will be prayer.    Conscious of the fact that the Lord has promised: “I am with you always to the close of the age”.