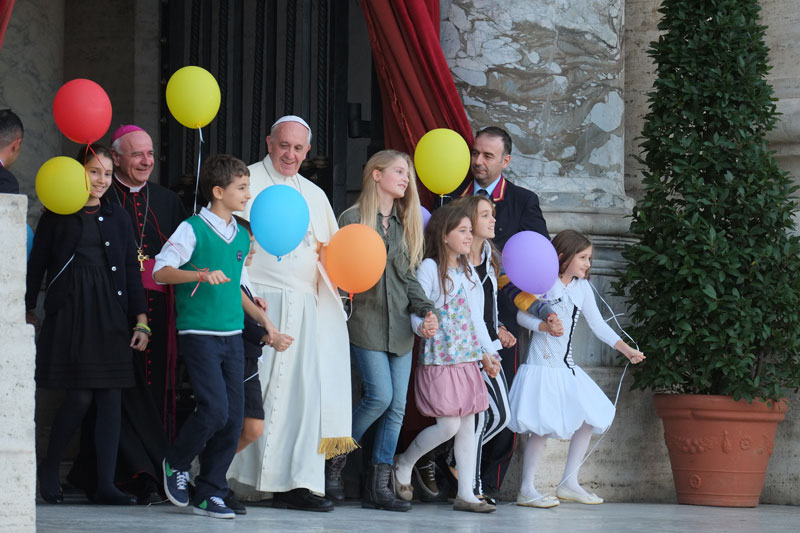 That is the mission of the Catholic Grandparents Association (CGA), an international grassroots organization that is committed to keeping prayer at the heart of the family; supporting and valuing grandparents as sources of wisdom and faith; and enabling them to pass on the faith to future generations. 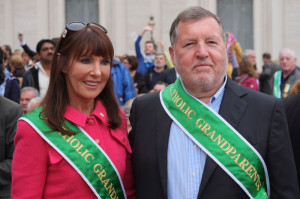 The organization provides advice and information for grandparents through a number of mediums: worldwide pilgrimages; prayer services; workshops and seminars; children’s prayer appeals, in which children are invited to compose prayers for their grandparents; the Adopt a Prayer Child program, in which grandparents pray for a sick child by name; walks of faith led by the youth; and the annual celebration of Grandparents’ Day in primary schools in Ireland.

From England to Ireland

The association’s founder and grandmother of 10, Catherine Wiley, likes to say that the organization was conceived in England and born in Ireland.

In 2002 in Walsingham, England, Wiley prayed to Mary, asking how she could honor the Blessed Mother. The answer came in the form of honoring Mary’s parents, St. Joachim and St. Anne – the grandparents of Jesus.

“I think it’s very important to focus on the grandparents of Jesus, because nobody ever talks about them,” Wiley said. “People don’t think Jesus ever had grandparents. And when you start talking about them, it opens up a whole human window on the family of Jesus.”

So on July 26, 2003 – the feast of St. Joachim and St. Anne – Wiley organized the first grandparents’ pilgrimage to the National Shrine of Our Lady in Walsingham. The pilgrimage became an annual event.

Seeing the success of these pilgrimages, Wiley then organized another pilgrimage in Ireland near the National Shrine of Our Lady of Knock. This also became an annual event, and over 10,000 pilgrims participate each year.

She was very encouraged to see all these grandparents eager to take an active role in their grandchildren’s lives. But she still felt she could do more to support grandparents in their developing responsibilities within their families. 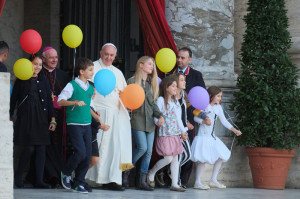 Rome took notice of the work Wiley was doing with the CGA, so she was invited to attend a meeting of the Pontifical Council for the Family in the Vatican. She had three main requests upon her initial visit in 2003: to ensure that Pope Benedict XVI saw her request to write a special prayer for grandparents; to create awareness for grandparents by blessing pilgrimages all over the world; and to ask if the Holy Father would bless a pilgrimage in Rome.

In 2008, Pope Benedict wrote the Universal Prayer for Grandparents, which has now been translated into all the world’s languages. The pope emeritus used very strong language in describing grandparents, calling them “pillars of the Gospel,” “guardians of the noble domestic ideals,” “living treasures of sound religious traditions” and “teachers of wisdom and courage.” This prayer is recited at every CGA meeting.

“It’s very important that grandparents know we have this prayer,” Wiley said. “That prayer has been the greatest instrument of evangelization.”

In September, 2009, the CGA was officially launched – led by St. Joachim and St. Anne as the spiritual patrons – and that same month marked the first-ever CGA American pilgrimage in Palm Beach, Fla., the home diocese of former Brooklyn Auxiliary Bishop Gerald Barbarito.

In late 2012, Wiley was informed that Pope Benedict agreed to lead the first-ever Pilgrimage for Families to the tomb of St. Peter in Rome in October, 2013. However, the pope retired in mid-February of this year, but Pope Francis followed through on the promise to lead the pilgrimage.

Over 250,000 pilgrims flocked to Rome Oct. 27-28 for a pilgrimage titled “Family, Love the Joy of Faith.” During Mass, Pope Francis spoke of the importance of grandparents and shared stories about how his grandmother, Rosa, passed on her faith by telling him stories about the saints.

“Grandparents are like the wisdom of the family; they are the wisdom of a people,” the pope said. “And a people that does not listen to grandparents is one that dies! Like the Holy Family of Nazareth, every family is part of the history of a people; it cannot exist without the generations who have gone before it.”

After Mass, Wiley and her husband Stewart were presented to Pope Francis for a special blessing. Wiley greeted the pope on behalf of grandparents from all over the world and asked for his help to spread the word about the CGA to create awareness for the vocation of grandparents.

Goal to Flourish in America

Fresh off the pilgrimage for families in Rome, Wiley has set out to establish the CGA in America. Currently, there are a few independent groups affiliated with the CGA, but the goal is to set up official CGA chapters in dioceses nationwide.

So on Nov. 15, Wiley visited Bishop Nicholas DiMarzio to discuss the possibility of setting up a chapter in the Brooklyn Diocese.

“It was a pleasure meeting with representatives from the Catholic Grandparents Association,” Bishop DiMarzio said. “We are excited to explore how to develop the association here in Brooklyn and Queens, as its mission does satisfy a support that is so often needed, yet overlooked, in the vocation of grandparents.”

Dr. Vincent Baratta, a retired medical doctor who grew up in St. Bernadette’s parish, Dyker Heights, heard about Wiley’s mission and reached out to see if he could help. He’s written a number of books that Wiley is considering to use as a resource for the potential spread of the CGA in America.

“They (grandparents) want to pass on the faith, but they don’t know how,” said Dr. Baratta, who has also produced materials for the U.S. Military on learning about Jesus through the Bible and the Rosary. 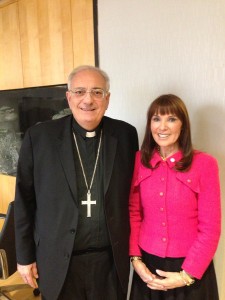 Establishing in America is the next big step for the CGA, and Wiley said that the timing right now is crucial, since grandparents have more contact with their grandchildren than ever before.

“These grandparents we have now really know their faith,” Wiley said. “They really love their faith and they really want to pass it on.

“They are the role models for their family; they’re the glue that keeps the family together; they’re the anchor; they’re the stabilizing force. I always say that it’s because they are secured by something far deeper than themselves. Their anchor is their faith, so we really have to capture them.”

CGA is a registered charity (No. 19038), and donations help fund the association’s mission. Visit the CGA’s recently launched website: www.catholicgrandparentsassociation.org.

The Catholic Grandparents Association can also be reached c/o Our Lady of Knock Shrine, P.O. Box No. 62, East Durham, N.Y. 12423, or e-mail: catholicgrandparentsassociation@gmail.com.

VATICAN CITY (CNS) – Just as fine wine grows stronger with age, grandparents and other elderly Catholics “have the strength to leave us a noble inheritance,” Pope Francis said at his early morning Mass.

Celebrating the liturgy Nov. 19 in the chapel of his residence, Pope Francis once again denounced a cultural tendency “to discard” the elderly “because they are a bother.”

Instead, “the elderly are those who transmit history to us, who transmit doctrine, who transmit the faith and give it to us as an inheritance,” the pope said, according to Vatican Radio. 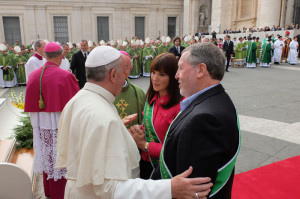 The day’s first reading, from the Second Book of Maccabees, told the story of the 90-year-old Eleazar, who chose martyrdom rather than violating Jewish dietary laws or just appearing to violate them because he didn’t want to give a bad example to the young.

“By manfully giving up my life now, I will prove myself worthy of my old age,” Eleazar says, “and I will leave to the young a noble example of how to die willingly and generously for the revered and holy laws.”

Pope Francis said that as a child, he heard a story of a family with a mother, father, many children and a grandfather, who would get food all over his face when he ate. The father bought a small table and set it off to the side so the grandfather would eat, make a mess and not disturb the rest of the family.

“This story has done me such good throughout my life,” said the pope, who will celebrate his 77th birthday Dec. 17. 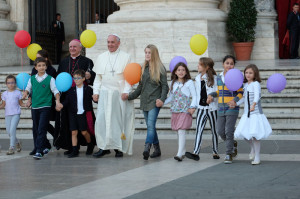 “Grandparents are a treasure,” he said. “Often old age isn’t pretty, right? There is sickness and all that, but the wisdom our grandparents have is something we must welcome as an inheritance.”

A society or community that does not value, respect and care for its elderly members “doesn’t have a future because it has no memory, it’s lost its memory,” Pope Francis said.

Invoking Eleazar as well as the senior SS. Simeon, Anna and Polycarp, the pope prayed “for the grace to care for, listen to and venerate our grandparents.”