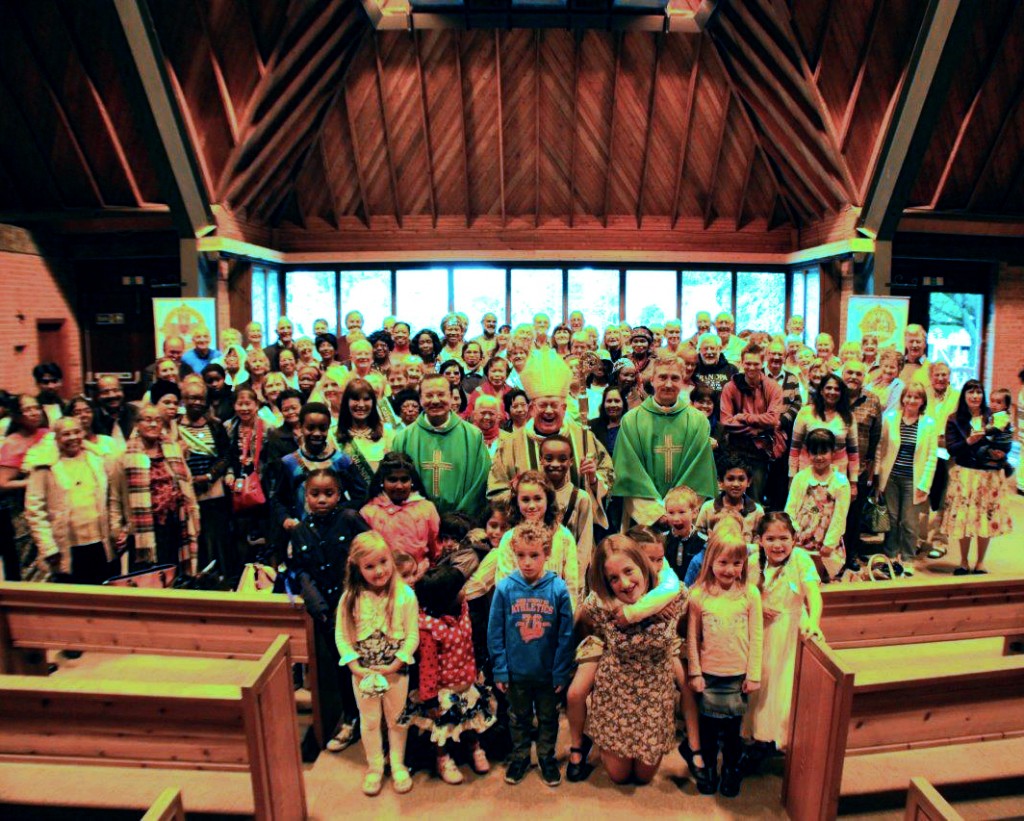 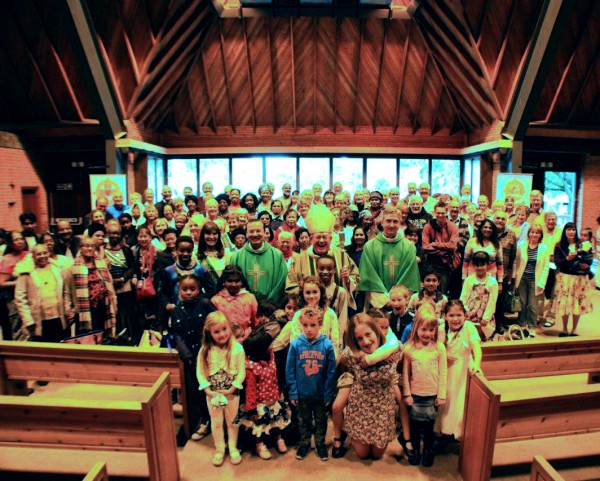 The Rector, Mgr John Armitage, welcomed the 13th annual Grandparents Pilgrimage and parents and countless grandchildren. The Catholic Grandparents’ Association was the brainchild of Catherine Wiley. At the end of Mass Catherine spoke of the birth of the association. She was praying in the Slipper Chapel and asking Our Lady what she could do, when she realised what an important part grandparents can play in passing on the faith to future generations. She founded the Association which has grown into a worldwide association with branches in several countries. Pope Benedict wrote a lovely prayer for the association which we all prayed at the end of Mass. Pope Francis has very strongly promoted the invaluable work it does in preserving the faith in the face of the challenges of the contemporary world. Catherine recalled Bishop John Hine telling her that his godmother had told him in the last few days of her life that she had prayed for him every day and how he had felt so privileged. This support was emphasised by the presence of Mgr Carlos Simon Vazquez, undersecretary of the Pontifical Council for the Family, and also the Rector of Knock, Fr Richard Gibbons, who concelebrated.

Mass was celebrated by the Right Revd Peter Doyle, patron of the CGA in England. The Chapel of Our Lady of Reconciliation was packed and there was a wonderful atmosphere of celebration. Grandchildren followed the procession of the clergy holding banners and wished us all a happy Grandparents’ Day before Mass started. They presented the bidding prayers and all their petitions were taken up to the altar at the offertory. Bishop Peter in his homily emphasised that we can all play our part in the future, married or single, grandparents, great uncles and aunts, godparents and family friends.

In the afternoon the children performed a play on the history of Walsingham to a large audience in the church. All went home perhaps a little tired but uplifted by an inspiring day. Thanks are due to all who worked so hard to ensure a memorable time for young and older. The 26th July is the Feast of St Anne and Joachim and we ask for their prayers for our younger generations.