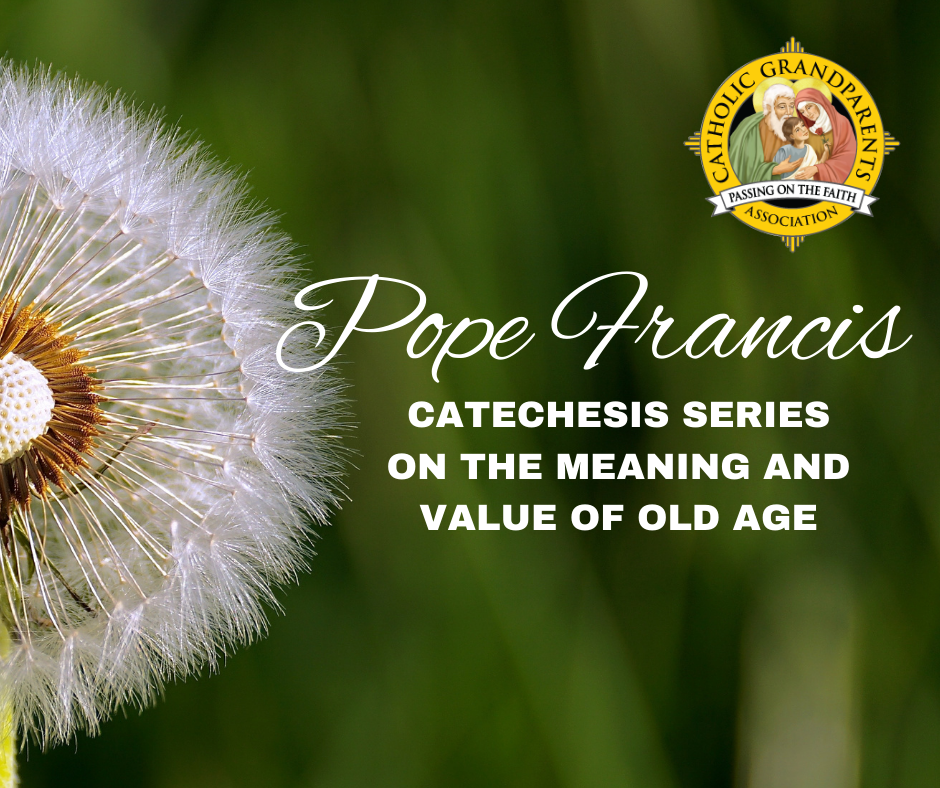 Pope Francis has begun a new catechesis series on the meaning and value of old age. The 85 year old Pontiff began the series at his weekly General Audience on 23 February by saying, “We have finished the catecheses on Saint Joseph. Today we begin a catechetical journey that seeks inspiration in the Word of God on the meaning and value of old age. Let us reflect on old age. For some decades now, this stage of life has concerned a veritable “new people”, who are the elderly. There have never been so many of us in human history. The risk of being discarded is even more frequent: never as many as now, never as much risk of being discarded as now. The elderly are often seen as ‘a burden’. In the dramatic first phase of the pandemic it was they who paid the highest price. They were already the weakest and most neglected group: we did not notice them too much when they were alive, we did not even see them die. I also found this Charter on the rights of the elderly and the duties of the community: this was edited by governments, it is not edited by the Church, it is a secular thing: it is good, it is interesting, to know that the elderly have rights. It will be good to read it.”

The CGA hopes to share each of these important pieces of catechesis with you over the coming weeks. You will find them listed below in the order in which the Holy Father has delivered them.

On 2 March 2022 Pope Francis reflected on the alliance between children and the elderly as a source of inspiration and hope. You can read his text here:

On 16 March 2022 Pope Francis reflected on how old age is in a good position to grasp the deception of this normalization of a life that is obsessed with enjoyment and empty of an inner reality: life without thought, without sacrifice, without beauty, without truth, without justice, without love: this is all corruption. The special sensibility of us old people, of old age, for the attention, thoughts and affections that make us human, should once again become the vocation of many. You can read the full text on the link below:

On 23 March 2022, Pope Francis continued his catechesis on old age. He said, “An older person, one who has lived a long time, and receives the gift of a lucid and passionate testimony of his history, is an irreplaceable blessing. Are we capable of recognising and honouring this gift of the elderly? Does the transmission of faith – and of the meaning of life – follow this path today, of listening to the elderly? I can give a personal testimony. I learned hatred and anger for war from my grandfather, who fought at the Piave in ’14, and he passed on to me this rage at war. Because he told me about the suffering of a war. And this isn’t learned in books or in other ways… it’s learned in this way, being passed down from grandparents to grandchildren. And this is irreplaceable.” You can read the full text in the link below: