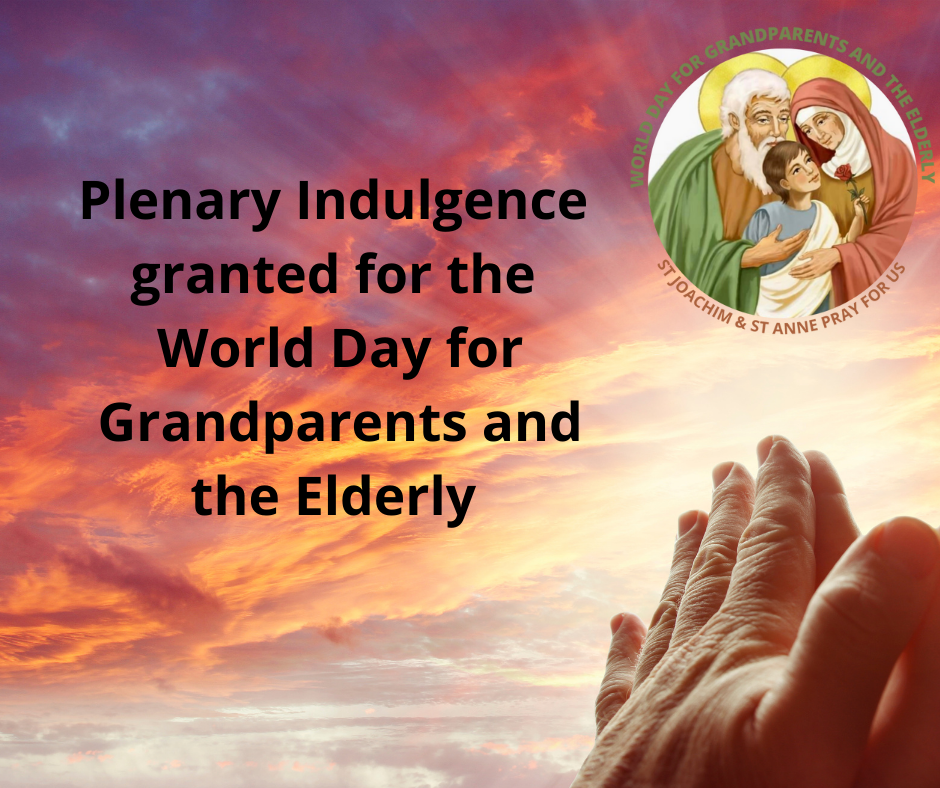 Pope Francis has granted a Plenary Indulgence on the occasion of the first World Day of Grandparents and the Elderly, which will be celebrated on Sunday 25 July 2021 on the theme ‘I am with you always’ (Mt 28:20). The Indulgence is granted to grandparents, the elderly and all the faithful who participate “motivated by a true spirit of penance and charity.”
A note released by the  Apostolic Penitentiary explains that the Pope has granted this possibility after having listened to the request presented by Cardinal Kevin Farrell, Prefect of the Dicastery for Laity, Family and Life, marking the establishment of the World Day that will be observed every year on the fourth Sunday of the month of July.

The Plenary Indulgence will be granted under the usual conditions: sacramental confession, Eucharistic communion and prayer, according to the intentions of the Supreme Pontiff during the solemn celebration he will preside over in St. Peter’s Basilica or at the various functions that will be held throughout the world.

“This Court of Mercy also grants the Plenary Indulgence on this same day to the faithful who devote adequate time to actually or virtually visiting their elderly brothers and sisters in need or in difficulty (such as the sick, the abandoned, the disabled and other similar cases),” the note reads.

Signed by the Major Penitentiary,  Cardinal Mauro Piacenza, and by the Regent, Kryztof Nykiel,  the note says the Plenary Indulgence may also be granted to those who are unable to leave their homes for serious reasons and “unite themselves spiritually to the sacred functions of the World Day, offering to the Merciful God their prayers, pains or sufferings of their lives, especially during the transmission, through the means of television and radio, but also through the new means of social communication.”