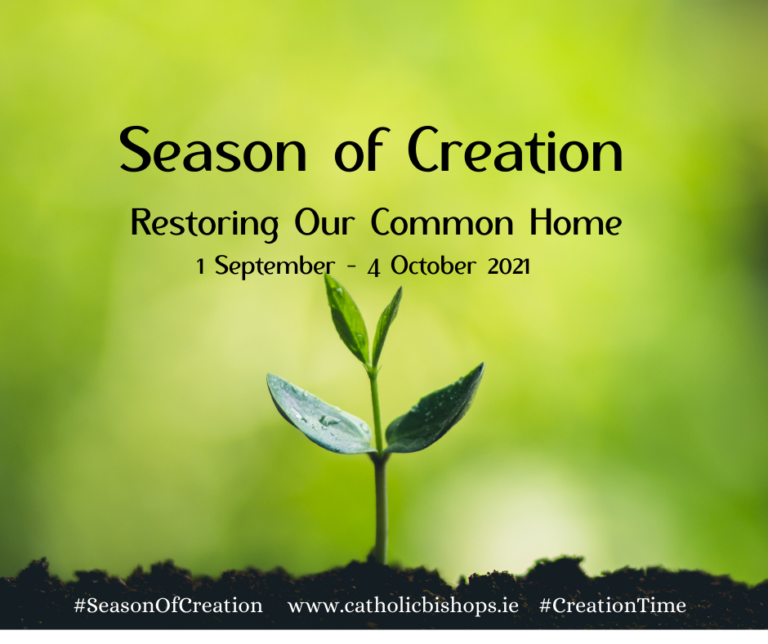 Pope Francis has called on Catholics to take action for our common home during the Season of Creation which runs from 1 September – 4 October. In the Pope Video for the month of September, he encourages everyone to question the way we live, and to turn “towards lifestyles that are simpler and more respectful of the environment.”

The Holy Father has also stressed that the “cry of the earth and the cry of the poor are becoming increasingly serious and alarming,” urging Catholics to take “decisive, urgent action to transform this crisis into an opportunity.”

Furthermore, at a recent weekly General Audience, he recalled the celebration of the World Day of Prayer for the Care of Creation, and the beginning of the Season of Creation. He noted that a message for the occasion – released today – had been prepared together with Ecumenical Patriarch Batholomew and Justin Welby, the Archbishop of Canterbury.

“Together with our brothers and sisters of different Christian denominations, let us pray and work for our common home in these times of grave planetary crisis,” the Pope said.

The 2021 Season of Creation comes just a few weeks before the UN Climate Change Conference (COP26), scheduled to take place from November 1-12 in Glasgow, Scotland. It also comes on the heels of a dismal, recently-released UN climate report which makes it clear that we are running out of time to avert the worst effects of the ecological crisis and the climate emergency.

Participating in the Season of Creation

A statement from the Laudato Si’ Movement further invites participation in the “annual celebration of prayer and action for our common home,” pointing out that Christians make up more than 25 percent of the world’s population, and “they truly have the potential to change their communities and the world for good during the next five weeks.”

The faithful are also encouraged to make use of the Season of Creation Celebration Guide “to show the global Christian family how they are taking action by registering their events at the Season of creation website.”

In addition to individual and communal efforts during the Season of Creation, the Laudato Si’ Movement is inviting Christians to advocate for the least among us by signing the “Healthy planet, Healthy People” petition ahead of the COP 26 meeting, in order to tell “world leaders how they should care for God’s creation.”

In this regard, Monsignor Bruno-Marie Duffé, the former Secretary for the Vatican Dicastery for Promoting Integral Human Development, invited Catholics to promote the petition, noting that “this Season of Creation will also be a critical moment for Catholics to lift up the voices of the most vulnerable and advocate on their behalf.”

Further resources to help Catholics gather signatures and host petition-signing events, both online and in-person are available on the Season of Creation website.

With https://www.bookstime.com, you can scratch bookkeeping off your to-do list --permanently.