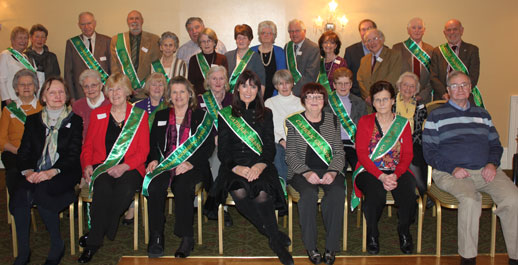 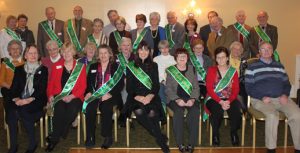 Delegates from all across Ireland gathered in Navan, County Meath, Ireland, for the all Ireland Gathering on Sunday 22nd February 2015. About 40 people had made the journey to hear the latest developments in the CGA and also to share with each other the progress made in so many areas across Ireland. The meeting started, as all our meetings do,  with the Universal Prayer for Grandparents written for the Association by Pope Benedict XVl.

During the meeting, Founder Catherine Wiley, spoke of the rapid growth of the CGA and highlighted a number of key event during the past year. This included the great Pilgrimage of Grandparents and the Elderly in Rome last October, where both she and her grandson Tom, gave moving testimony to our Holy Father, Pope Francis.

Outlining the development of the CGA in Ireland, Catherine spoke of the need to ‘multiply our hands’ and that we were working hard to develop regional and diocesan leaders in each of the four Provinces in Ireland. A number of people showed both their commitment to the CGA and their passion to keep our mission alive and pledged to help us. We will be working with them over the coming weeks and months.

In addition, Catherine outlined the need to be able to sustain and progress the work of the CGA and until now, the main CGA benefactors have been her husband and herself. She explained that in order to ensure both longevity and sustainability of the association, that all groups should take steps to ensure that they work towards the aim of fundraising. She added that everyone should  be assured that all funds will go to the direct support of the Mission and Purpose of the CGA.

Catherine further spoke of the forthcoming year which will be filled with many pilgrimages and particularly the World meeting of Families where the CGA will be running a series of workshops.

The meeting concluded with the Prayer written especially for the World Meeting of Families 2015, Philadelphia, US.