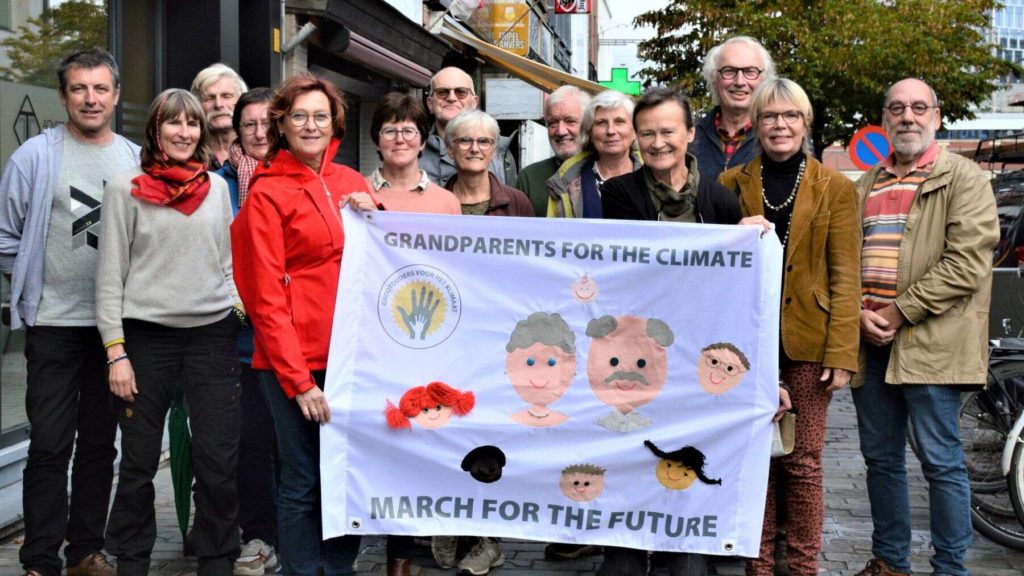 A group of Belgian Grandparents recently set off on a 100km hike that will take them from Belgium to the Scottish city of Glasgow, for the COP26 climate summit. COPs (Conference of the Parties) are annual global climate summits attended by officials from nearly every country on Earth.  This year the UK, in partnership with Italy, is hosting COP26 in Glasgow.

The twenty grandparents set off from Belgium on the afternoon of Sunday 24 October, gathering at Place Luxembourg in Brussels before catching a train from Midi station to London. They moved on to Edinburgh before starting the hike to Glasgow for the international climate summit.

The Grootouders Voor Het Klimaat (Grandparents for the climate) group travelled by train and foot, with no other modes of transport planned.

Upon reaching Scotland, the group hiked a route symbolising the rise of the industrial revolution, which played a large part in Scotland’s development.

“You can see the beginning of the industrial revolution and also, unintentionally, the beginning of greenhouse gas emissions,” explains Luc Debuyst, grandparent and tour guide told Belga News Agency. “For our departure from Belgium, we also chose the Place du Luxembourg in Brussels. Not only because it is close to the European Parliament, but also because there is a statue of John Cockerill, a symbol of the beginning of heavy industry on the European continent.”

The group will also hold an event in front of a statue of James Watt, inventor of the steam engine.

“The journey from Edinburgh along the Union Canal and the Fort and Clyde Canal – both dating from the early days of the Industrial Revolution – takes us to Glasgow,” Debuyst added on the group’s page. “It is at the University of Glasgow that James Watt (1736-1819) succeeded in turning Thomas Newcommen’s engine into a modern steam engine by increasing the efficiency from 1% to 19% in 1769. A giant step. Partly due to the abundant presence of coal and iron ore in nearby Lancashire, industrialisation really took off here.”

The climate conference will be held in Scotland’s second city between 31 October and 12 November, with reports that it could draw 25,000 delegates to discuss plans to cut emissions by 2030. Fringe events are also due to take place around the conference, which is expected to bring in representatives froacross the world in an effort to make headway on climate change.

Updates on their progress can be found on their website.